In This Section ▾

The Club
The formation of the Wayzata Country Club-along with the people who made it happen-set the stage for the success of this new Club “Way out in Wayzata.” A handful of forward-thinking people recognized a need, saw the Bowman farm as an opportunity to address that need, and decided to start a new Club. Experience? None. Working Capital? None. Faith, optimism, and a commitment to making it happen? A lot.

The Bowman Farm
In the mid-50’s Wayzata still had five large dairy farms within its boundaries. One of these, the Summit Park farm, was owned by the S.H. Bowman, Sr. family. The Bowman’s were a lumber family who had purchased the farm, one of the last large farm estates in Hennepin County, in 1909.

The 360 acre farm was located on both sides of Hwy. 12 on the western border of Wayzata, adjacent to Wayzata Highlands. When Mrs. S.H. Bowman, Jr. decided to sell the farm and build a home on Lake Minnetonka, the time seemed right to consider building a country Club.

After lots of family debate, Mrs. Bowman decided that “the larger interest of the community was to maintain the open space that the farm provided”. She decided to give a “yet unknown group of public spirited Wayzatans” the opportunity to form a golf Club. Her decision also involved accepting a “sharply reduced sale price in exchange for the obvious community benefit”. The property was to be kept off the market for a period of three months. Bob Searles, the son-in-law of Mrs. Bowman, Jr. credits his mother-in-law for making it all happen: The holding of the property off the market while a Club nucleus could be formed is principally to her credit. Without her foresight, the Club wouldn’t-and couldn’t-have been formed.”

The Bowman property offered excellent potential as a country club site; enough land for a golf course, barns for horses, a lighted tennis court, and a beautiful home with what Lloyd Borg called “a country club charm”. Borg explained his theory of why the group decided to go forward: “Probably because none of us had ever been active in the management of a country club, we didn’t realize all the pitfalls-and so we went stumbling ahead”.

With no Club and no Corporation in place yet, our founding fathers were forced to “encourage memberships in a non-existent Club.” They were also establishing a Club philosophy, the basis of which, from the very beginning, was the commitment to “Creating a family Club rather than a golf Club”.

The Early Days of the Club
There were many times during the early years when, busy as the members were, they still had more time than money-and support of the Club meant more than paying monthly dues. Member Jim Fish recalled an example of just that; “We had seeded the ninth fairway, and a torrential rain washed it out. We got a keg of beer, brought some guys together, and raked and reseeded it. I also recall members painting the old barns. We did a lot of things to save money-and we enjoyed it”. Member Maryon Reichel remembers when a golf day involved more than golfing; “We’d golf and have lunch. Then we’d go out and pull weeds out of the sand traps. When we said this was our Country Club, we meant it-because we actually worked very hard to make it a success”. Former Member Larry McCann recalls when the Club couldn’t afford badly needed trees for the course. The solution? “Members took trees from their own properties and transplanted them onto the course”. Many of those trees remain part of the course today… From the beginning, Wayzata Country Club was committed to being a family Club. Swimming, Tennis, Sunday afternoon tea dances, riding lessons, trail rides, teen dances, pool parties, college dances, family picnics on the 4thof July and labor day-and, starting in 1957 the Santa Claus Brunch with Homer as Santa. The Club was renowned for the diversity it provided for every member of the family. And WCC was fun. Club parties were well attended, and the talent Show, one of our most enduring traditions, set us apart from other Clubs. Members were young, they were making their own rules, they were willing to try anything, and had a great time doing it. Members were optimistic and worked hard, they valued their families and friends, and always had fun. Thanks to the leadership of the Club’s founders and early Members, those early years set the tone for what Wayzata Country Club has continued to be throughout the past five decades.

Equestrian
Back in the day Wayzata Country Club was the home of a thriving horse riding program. This program was an integral part of Club activities from the very beginning. In fact, the Club was originally named the Wayzata Golf and Hunt Club for a short time, and our Club logo carries the riding crop to this day. WCC’s riding facilities included three barns that were converted to horse stables, an outdoor riding ring, and a 100 foot by 200 foot indoor riding arena. Riders also enjoyed miles and miles of beautiful trails, easily accessible near the third tee.

Because riding was a year round activity, young riders and their families kept the Clubhouse busy throughout the winter. For riders, horses were an all-consuming activity, and there was no off season. During the heyday of the horse years, Members even got together and wrote, designed, and distributed a mimeographed newsletter called the Galloping Gazette.

The Annual Horse Show was held in July every year until 1977, and attracted participants from all over the Country. Recognized as the finest horse show in Minnesota, it also came to be the oldest and largest hunter jumper show in the Upper Midwest, attracting participants from as many as 23 states and Canada. The first Horse Show, held in 1959, had a total of 363 entries in 53 classes. There were no cash prizes, and the profit from the show was $74. By 1976, more than 400 horses participated, with more than 1800 entries in 79 classes. Riders vied for $8,000 in prize money, along with 532 ribbons, 79 “keeper” trophies and 39 silver perpetual and “challenge” trophies. By the mid-70’s, profits exceeded $6,000 per year. The festivities closed with the annual Horse Show Ball, one of the Club’s formal events and ongoing traditions.

The Talent Show Era
More than perhaps any other tradition at the Club, the Talent Show evolved over the years-from a hilariously satirical spoof of the goings-on at WCC (heavy on jokes and relatively light on talent) to a classier, more polished revue of Members’ musical capabilities.

The forerunner of the talent Show tradition was the staging of a New Orleans Jazz Festival at the Club in November, 1959. The authentic New Orleans atmosphere included the Harry Blonds Band, piano music, a shrimp cart, and black-stockinged cigarette girls.

From 1961 to 1965, Wayzata Country Club joined forces with Woodhill Country Club to present a combined talent show. The show was performed at Wayzata one Saturday night and at Woodhill the next Saturday night. In 1966 Dede Englestad directed Wayzata Members in their own show called “Raising the Roof”. This show celebrated the tenth anniversary of WCC and marked the beginning of the tradition of us having our own annual Talent Show.

The Talent Show began “growing up” in the 1970’s, adding an elevated stage, theater lights (including follow spots) and a much-improved sound system. The focus shifted from enthusiasm to true Member talent, and songs were performed as written instead of parodies of the Club. With these shows there was no ad-libbing, no audience heckling-and more talent. While the shows were longer, they continued to focus on a theme (from a ride on the River Queen to Juke Box Saturday Night), and variety was the order of the day. Informal seating on the floor had evolved into an evening of dining and cabaret seating. As many as 700 people attended three performances of the talent Show every November.

I think the essence of the talent Show was captured well by former Club Manager John Downey…”Written, produced, directed and played by the Members, for the Members, the Talent Show is a unique event among Clubs in the area. A truly professional production, it does an excellent job of showcasing the talents of our Members. But its true significance to the Club (and the reason it continued for so many years), was the feeling of camaraderie and friendship that develops among the Members-not only in putting it on, but seeing it as well. Wayzata was a more fun and memorable place because of its talent Show.” 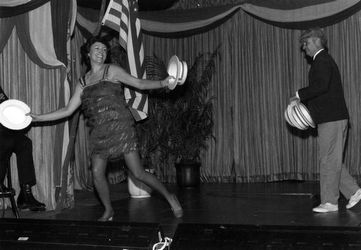 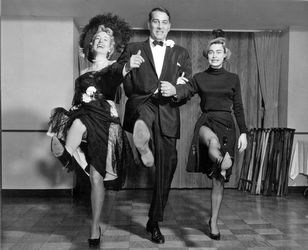 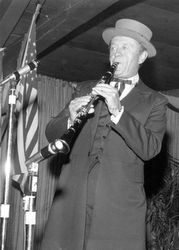